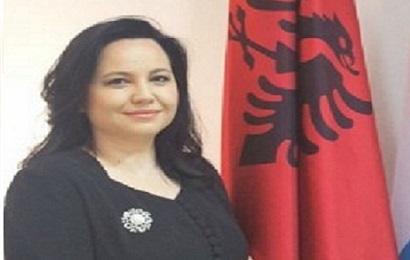 Honorable Ms. Rovena Veda
under-secretary of the Ministry of Interior

I am GAFOUR FATAHIAN I spent more than twenty years of my life And the era of my youth in professional work day and night in the headquarters of the PMOI (Rajavi group) in Iraq.
I inform you that, on the orders of the organization’s leaders Massoud Rajavi and Maryam Rajavi no member of this organization has the right to marry. And that, the leaders of this group “Massoud Rajavi and Maryam” are the only persons entitled to marry and live in the family.
Rajavi also said that any contact with family members is strictly forbidden to members of the organization. So that, there are people in the organization who have not been able to contact their parents in Iran or outside for nearly 30 years because the organization’s leaders do not allow its members to communicate not only with their families, but also with the world outside the organization. And that, the leaders of this group control all the special matters of the members and always monitor them. Members of the organization are not entitled to take any decision, even with regard to their personal affairs, privacy, self-determination and the fate of their lives
In this sectarian organization, daily meetings are held and they are called “ongoing operations”; in which, members are forced to avowal everything they have been imagining throughout the day thinking against the organization leadership’s policies and actions. Which is no more than an inspection of the dogmas as it was being in the Middle Ages. The purpose of these meetings is to contempt and insult the members psychologically and physically.
There are weekly meetings in this organization are called “weekly washing”;
in which, male and female members are forced to confess all their perceptions and sexual matters or sex thoughts or even their sexual dreams in front of their comrades and colleagues to feel ashamed of this recognition of guilt!! In order to be humiliated, scorned and insulted to destroy their personality and dignity.
Honorable Under-Secretary of the Ministry of Interior of Albania
This very dangerous group committed many crimes against its members, including the imprisonment of many of them and the practice of brutal psychological and physical torture.
In addition to the killing of many of them in complete secrecy and there are dozens of witnesses to these crimes living in Europe. Including many of us the dissidents of the organization, we have seen many of these brutal crimes as well as many cases of suicide among this organization in Iraq and other countries to eliminate torture, pressure and harassment practiced by the leaders of the group.
In fact, it is difficult to include all the organization’s crimes toward thousands of Iranians
Which are part of the human rights violations against the Iranian people. In this letter,
I call on your sovereignty to set a date for me to meet with you in order to be able to explain some of these injustices, crimes and violations of the most basic human rights and democratic freedoms towards me and my comrades and colleagues. They are the men and women who are in the ranks of this reactionary, violent terrorist group, and especially towards women and girls’ right who are members of it which I witnessed with my own eyes for years in the ranks of this anti-human organization.