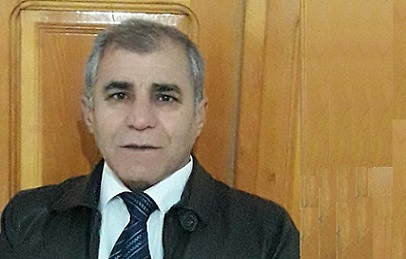 Another Member Of The MKO Left The Group

Abdorrahman Mohammadian declared his defection from the Mujahedin Khalq Organization (the MKO/ MEK/ PMOI/ the Cult of Rajavi).

Mr. Mohammadian was a soldier of the Iranian army in the Iran-Iraq war when he was imprisoned by Iraqi forces in 1980. He spent 9 rough years in Saddam’s jail before he was recruited by the MKO.

“In 1989 a team of MKO recruiters headed by Mehdi Abrishamchi launched their propaganda in the POW’s camps to recruit us,” Mohammadian writes in his statement of defection. “Together with some other Iranian prisoners, I joined them but, soon I found out that their propaganda was completely false.”

He witnessed an immoral, undemocratic and inhuman atmosphere in the group. It was like the collapse of a mirage for him. “It was a pity that we had no way out despite the entire hypocrisy we witnessed there,” he asserts.
After the MKO’s relocation in Albania, Mohammadian felt more discrimination because he saw other refuge seekers from other countries who were free to go out and back to the camp but as a member of the MKO he was not allowed to go out to visit the city like a normal resident. This helped him to get determined to leave the cult-like group that has taken him as a hostage for 28 years.
“I felt that I could no more tolerate the group,” he says. So, he left the group on November 10th, 2018 and on the early days of January, 2019, he officially declared his defection from the MKO.